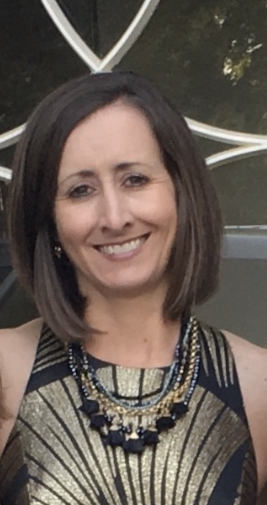 “Magic Moments can’t seem to get rid of us!” is Kelly Morrison’s favorite joke. She joined the board five years ago after her husband, Ron Morrison, rolled off as board chair. Kelly is retired from wealth management and is spending her retirement years giving back to the community. Magic Moments is one of her favorite philanthropies because of the tangible joy it brings to children’s lives. The fundraiser Kelly looks forward to the most is BHM 26.2 because of the awareness it brings to the community who might otherwise never have heard of Magic Moments. Kelly is also an avid runner and participates in the marathon each year.

Morrison’s favorite aspect of Magic Moments is Beyond the Moment. “BTM is such an amazing way to see these families grow and heal throughout the years. Magic Moments is able to be a part of the children and families lives long term — not just during their ‘trip’ or ‘moment.’”  Recently, Kelly and Ron served as Magic Makers for a teenager who wanted to go on an outdoor shopping spree. Her husband and the teenager had similar outdoor hobbies, so he was able to help them pick out some fun items during the shopping spree. It was a perfect fit!

If Kelly had a magic moment, she said that she wants to meet professional golfer, Fred Couples.

Life was pretty normal for 17-year-old Jonathon Hall. He loves video games, Alabama football, and being outdoors. However, in August 2018, Jonathan was a passenger in a car accident that left him paralyzed from the chest down.

Jonathon’s mother describes him as a kind kid who motivates others. He spent over a month in the hospital, learning what his new reality would look like. Around this time, his social worker referred him to Magic Moments, looking for an opportunity to lift his spirits.

Jonathon wanted to go shopping for accessible electronics to help aid in his recovery of learning how to re-use his hands and arms with limited mobility. However, Jonathon is also a die-hard Alabama and an opportunity to meet his idol, Trent Richardson was a close second choice.

Magic Moments decided that Jonathon shouldn’t have to choose. He met his Magic Maker at Best Buy early on a Friday morning in December and began to peruse the store. He pointed out several video games he was interested in and his older brother tagged along to help him select the electronics that were most suitable to his needs. It was at that moment that Trent Richardson made his entrance.

“The highlight of the shopping spree was to see my son’s face light up when he met Trent Richardson,” Jonathon’s mother said. His smile was apparent for everyone to see as Jonathon and Trent spent the morning shopping and bro-ing it up, playing video games and talking trash. At lunch afterwards, Jonathon and his brother swapped tales of hanging out with the football great while making plans to enjoy Jonathon’s spoils later that afternoon.

“This shopping spree was a real blessing to us. After something so tragic, to see my son smile and enjoy himself really touched my heart,” his mother said.

Barineau wholeheartedly enjoys telling a child that their Magic Moment is being granted and has participated as a Magic Maker for several different types of Magic Moments, including most recently a child who was throwing out the first pitch for the St. Louis Cardinals and a gaming shopping spree at Best Buy.

“There’s nothing better than telling a child they are getting their magic moment fulfilled and seeing their reaction!” she said.

Barineau’s favorite fundraiser is the Junior Board Masters Party and Silent Auction, hosted each spring to coincide with the Masters Golf Tournament.